Way back in my introduction, I mentioned that I was a print fetishist. Few things excite me like a well-designed book, an exciting publishing experiment, or the results of an artist’s self-published endeavors. That last category is what I want to talk about today (and probably a lot in the future.) If you’re not familiar with ‘zines or ‘zine culture, check out the Wikipedia page for zines, or my introductory essay, Queer Print: Keeping the Counterculture Coming. One of the things I’d like to do here on the SEX+STL blog is draw your attention to the efforts of self-publishers or small press publications that deal with sex. The small press world is ripe with personal explorations of sexuality and often focus on the aspects of sex that mainstream culture overlooks.

Today, I’d like to draw your attention to a little book called  Shut Up & Love the Rain, a zine by Robnoxious. 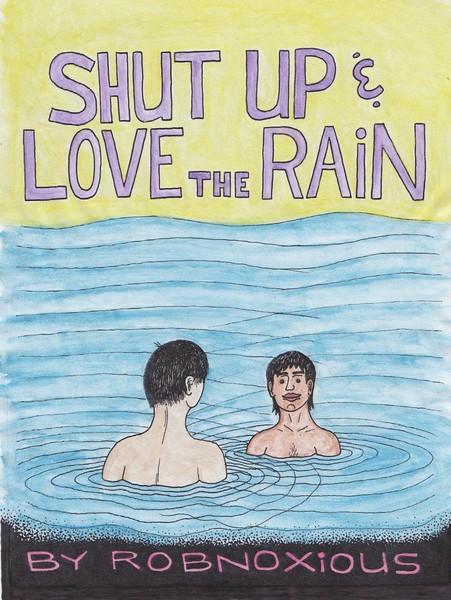 The book deals primarily with Rob’s early sexual explorations and includes a touching essay about his father, who came out as transgendered late in his life. It’s a quirky mixture of simplistically drawn comics and prose work that’s been fucked up and photocopied in the grand zine tradition. While the book may feel like it’s targeted to anyone who’s ever had to deal with an “alternative” sexuality, I think it has a universal theme and would appeal to anyone who’s ever had to deal with sex, period. In Shut Up and Love the Rain, Oakland-based zinester Robnoxious takes along his path from early sexual exploration to his current sex-positive, constantly-deprogramming, über-healthy queerness! Rob’s writing and comics show us that experimentation should start early, that guilty pleasures needn’t be guilty, and that talking it over and being honest with each other will lead to nothin’ but good… Subheadlined “To Queer Anarchist Happiness Thru Good Living,” Rob’s brand-new comix and writing zine is just that—happy, living well, queer and anarchist and damn proud! – From Microcosm Publishing

Rob’s writings and drawings are frank and honest, candid in the way that we need more sexual discussions to be. Personal stories like his are an important and necessary part of sex education because, at it’s core, sex is always about people. 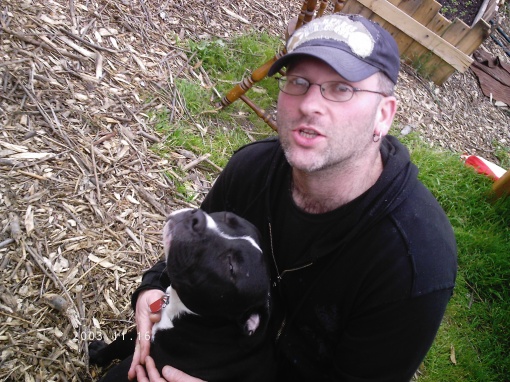 Rob is the author of several zines, many of which are available from Microcosm Publishing. I’m looking forward to checking out more of his work, and I hope you’ll give his zines a chance. Last time I checked, Star Clipper Comics in the Loop still had a copy of Shut Up and Love the Rain.